YOU CAN HELP YOUR COMPATRIOT FROM THE EAST COME BACK HOME

As a result of political deportations and decisions in the areas of influence of Russia and the former USSR, find themselves where hundreds of thousands of Polish families. Some of them turn up in the Caucasus areas yet in times after the fall of the November Uprising, others after the defeat of the January Uprising ended at Siberia.

The consequence of the East Polish border changes is the detachment a large number of compatriots from the motherland – those people who with the greatest effort resisted Russification and later also communism.

The spot was prepared with zero financial expenditure. All those who worked on its creation worked for this idea for free. All funds that the Foundation manages to collect are allocated to all of the statutory goals.  Financial support from the government institutions covers only a small part of our school’s needs, therefore we are constantly fighting to gain new partners, patrons, and support.

Both the Foundation and the Polonia High School, which we care for, operate in a temporary office in which we sub-rent the premises. Thousands of young Poles are still waiting for a chance to let them return to the House. That’s why our own building, our own home is our highest priority.

We count on your support!

WE CAN HELP OUR COMPATRIOT FROM THE EAST COME BACK HOME 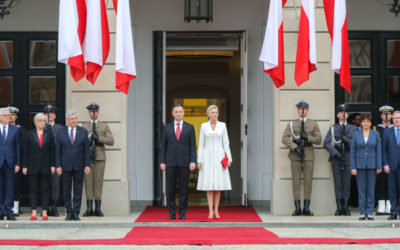